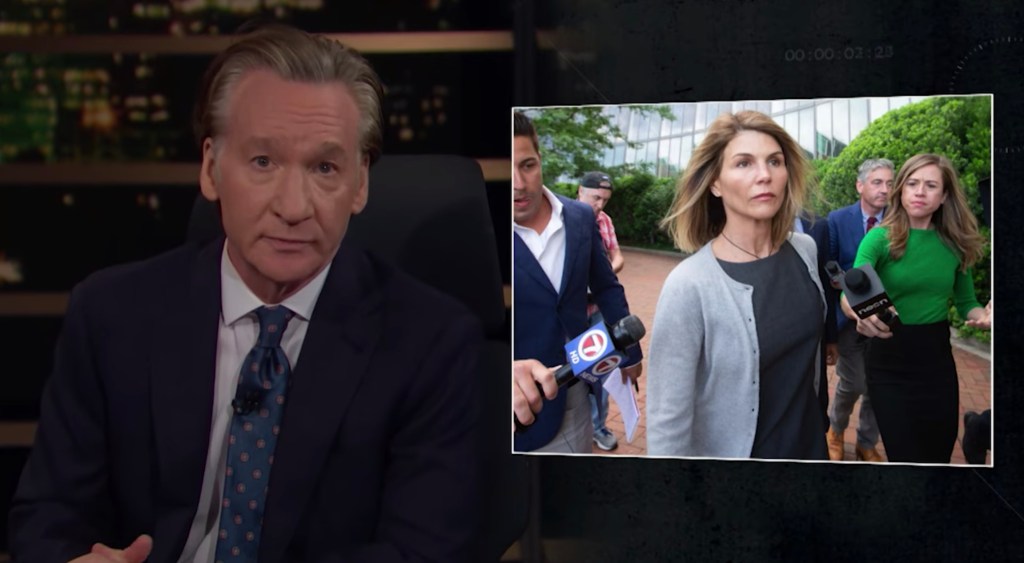 UPDATE, with video Bill Maher took his weekly aim at coddled college students tonight, this time cherry-picking a couple campuses that have amusement park-style water slides to back up his assertion that colleges “are giant luxury daycare centers.”

On HBO’s Real Time With Bill Maher, the host slammed students for, as one report suggests, studying less than five hours a week, and he mocked course loads in “sports marketing,” “advanced racist spotting” and “You Owe Me An Apology 101.”

Maher’s New Rules rant was prompted by President Joe Biden’s American Families Plan, which the host said would spend “hundreds of billions” of dollars “so everyone can go to college.”

The Right, Maher said, calls the plan “social engineering,” while Liberals “see more schools as the answer to everything.”

Higher eduction, Maher said, “is a racket that sells you a very expensive ticket to the upper middle class.” He asked, “Is it really liberal for someone who doesn’t go to college and makes less money to pay for people who do go and make more?”

Actress Lori Loughlin, who served two months in prison for her role in the 2019 college bribery scandal, “recognized one good scam deserves another,” Maher said. He also compared higher eduction to Scientology, with both requiring increasingly costly levels of advancement.

“A wannabe librarian needs a masters degree to get an entry level job filing books,” Maher said, sounding astounded at the centuries-old concept of Library Science.

Calling higher education a “grift,” Maher griped that despite increasingly costly advanced degrees “no one knows how to change a tire,” and that “the answer isn’t to make college free, the answer is to make it more unnecessary, which it is for most jobs” so that those who can’t or don’t want to go “don’t feel shut out” of society.

Watch the segment above.