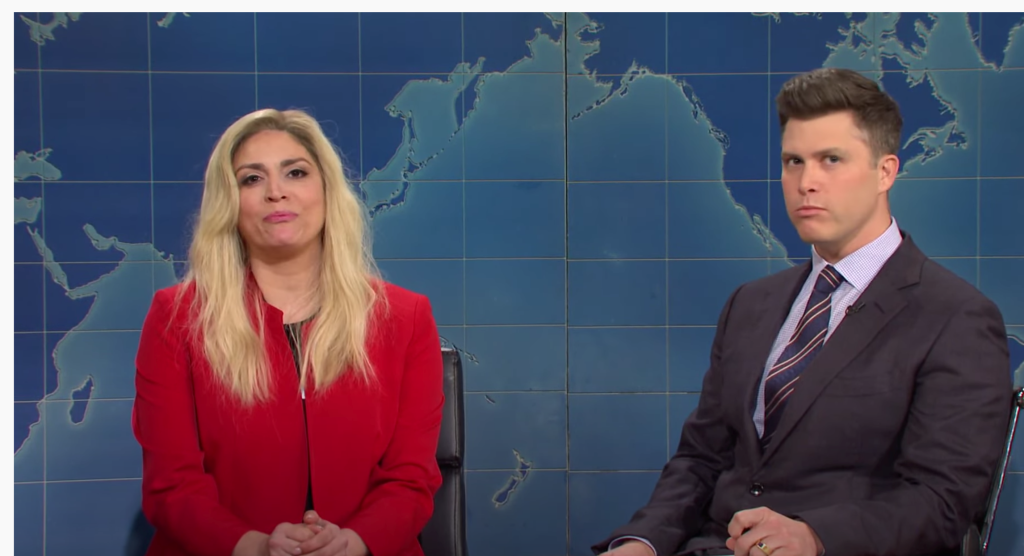 Saturday Night Live’s Weekend Update reflects on some of the biggest headlines of the week. This time, that included Paramount+’s announcement that a Frasier revival series is officially happening.

Because it’s been 16 years ago since the end of the original series, Colin Jost used Friends to explain Frasier to younger viewers, eliciting laughs and some groans.

He also commented on the offensive content disclaimer put on old The Muppet Show episodes on Disney+, suggesting that they serve as a invitation for viewers to check out the shows.

Weekend Update, which also riffed on the $1.9 billion stimulus package (“Just like when I’m drunk, Congress decided to spend a bunch of money at 2:30 in the morning,” Jost said.) and on Ted Cruz’s CPAC speech, featured Cecily Strong reprising her impersonation of Marjorie Taylor Greene and Kenan Thompson bringing back LaVar Ball.

Strong’s Congresswoman Greene was asked to explain her latest controversial action, putting out a sign that there are two genders, male and female, next to the office of a fellow Congresswoman with a transgender daughter.

“They are calling me the Congress’ new ‘It’ girl,” Strong’s Greene said about her penchant for stirring controversies just weeks into her tenure. And she does not mean being the Congress’ new thing. “No, It, like the evil clown the preys on children,” she said. Watch the skit above and the two parts of Weekend Update headlines and the LaVar Ball appearance below: